Edward has lived in Saffron Walden for 8 Years. Two of his daughters live locally and all of his grandsons. He worked as a teacher, headteacher and latterly as an education consultant specialising in school leadership.

Edward became a committed environmental activist as a result of sailing around the world in the Clipper Yacht race, realising how very small and delicate our planet is.

He writes regularly on green issues, is the environmental stakeholder for the Uttlesford Local Plan consultation, St Mary’s Eco church team leader and an elected member of the Green Party Policy Development Committee.

He is deeply committed to the fight, at all levels, to ensure that current and future generations can live in peace and with social justice on a healthy and hospitable planet.

Edward Gildea’s  articles, blogs and press releases about the environmental catastrophes we face can be found here & here.

Edward's Contibutions to the 2021 Local Plan 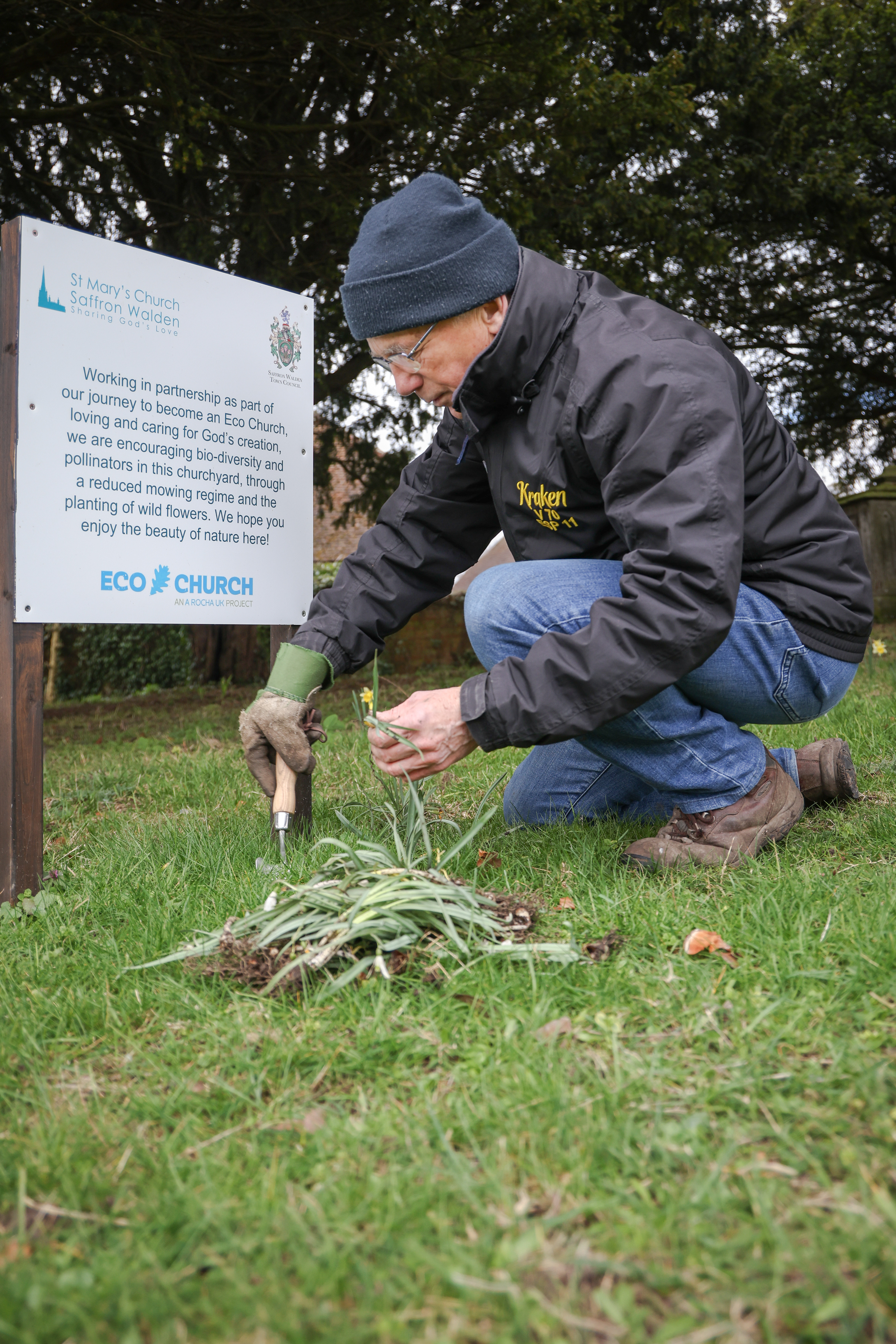 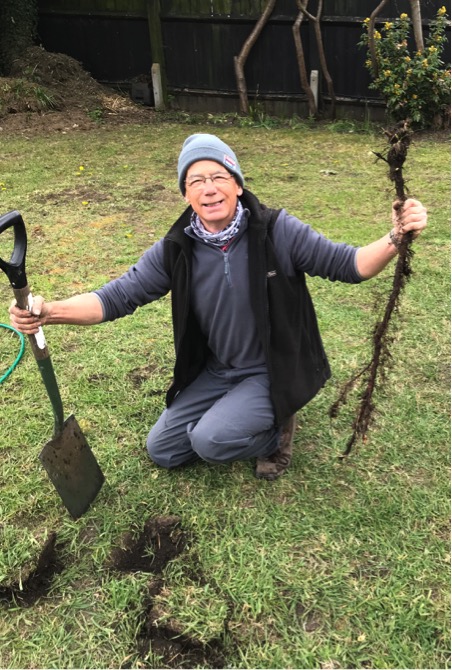 Edward pulls an enormous bramble root from the lawn at the Railway Arms Community Pub. Leading the gardening team there, he has been instrumental in turning a tenacious wilderness into a thriving pub garden. “Next year we will build a fully accessible sensory garden, and we have just completed the structure for a community herb garden. The community pub shows how being sustainable is about building happier, connected, enjoyable communities. The committee here have a great vision for all the community activities that could thrive here: mother and toddler groups, repair shops, youth club games, coffee mornings, book clubs…. Whatever brings people together and enriches their lives. It’s a great project to be part of!” 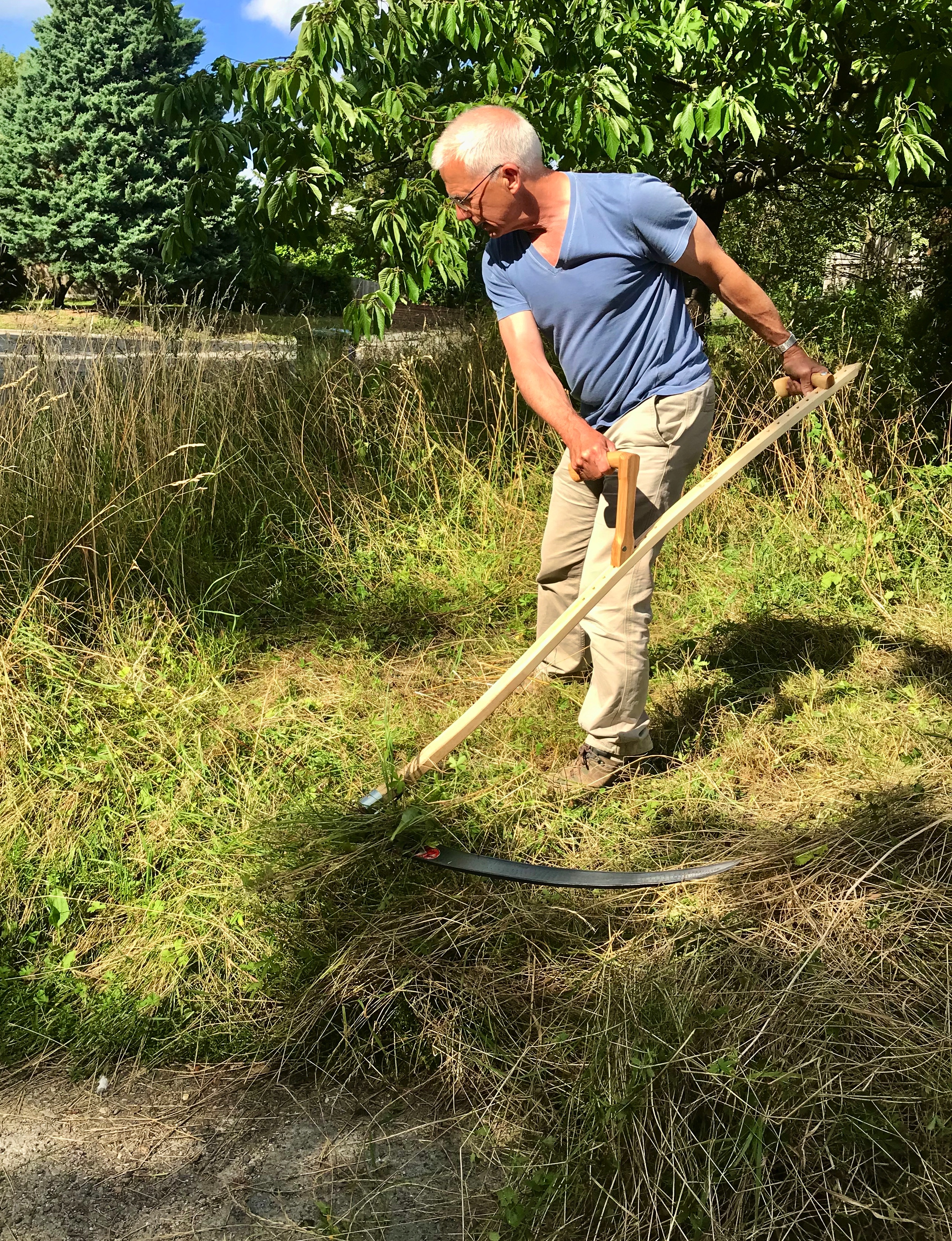 As ye sow, so shall ye reap

I have greatly enjoyed acquiring a new skill this year: that of scything. Indeed, the first thing I learned is that you don’t ‘scythe’ with a scythe; you Mow. The ‘One man (who) went to mow, went to mow a meadow…’ went with his scythe and the four, five, six or more of them mowed in a staggered line across that meadow.

Another verse, as I mowed the wildflowers I planted in the churchyard, has also echoed in my mind: ‘As ye sow, so shall you reap’. The full line in Galatians has some added fierceness: ‘God is not mocked: for whatsoever a man soweth, that shall he also reap’.

As we have faced a summer of extreme weather events across the globe, the line acquires an even stronger relevance: are we now reaping the consequences of our accelerating abuse of the planet over the last couple of centuries?

The suffering cause by extreme weather events has been appalling.

The widespread destruction in the USA, with Hurricane Ida spreading devastation from Louisiana to New York while record wildfires scorched California, prompted Joe Biden to admit it was, ‘yet another reminder that the climate crisis is here’.

The massive storms battered states on the Gulf coast and all the way up the north-east, killing at least 48 in New York, New Jersey and Pennsylvania.

Meanwhile, the Caldor wildfire in California has burned over 200,000 acres, threatened over 35,000 structures and become one of few wildfires to rage from one side of the Sierra Nevada to the other.

Day after day, throughout our rather disappointing summer, we heard of devastating events in Germany, China, Greece, Spain and even London, until ‘extreme’ started to become the new norm.

Indeed, extreme weather events are now five times more likely than in 1990. A Met Office study has shown that an extended period of extreme winter rainfall in the UK is now about seven times more likely due to human-induced climate change and the chances of this year’s record-breaking heatwave in France have increased 100 fold since 1900,

The bad news is that it can only get worse. Since we are still releasing 50 billion tonnes of CO2 into the atmosphere every year, and things will only start to subside after we reach net zero and then become dramatically carbon negative.

We are leaving an appalling legacy. Our children will reap the most of what we have sown, but the immediate injustice is that the poor of the global south are already the ones reaping the consequences of our selfish addiction to fossil fuels.

This year’s IPCC report, after being quite reserved for decades, pulled no punches. ‘Climate change is already affecting every region on Earth, in multiple ways. The changes we experience will increase with additional warming,’ said Co-Chair Panmao Zhai.

And the UN Secretary-General António Guterres said the IPCC report was nothing less than ‘a code red for humanity. The alarm bells are deafening, and the evidence is irrefutable’.

Have we ‘Mocked God’? I’ll leave you to decide. But I know that the planet can only ever be in perfect balance with itself, and that distorting the heat of the oceans and the atmosphere in one side of the scales can only result in consequences on the other.

Let us hope that COP 26 brings this self destruction to an end. 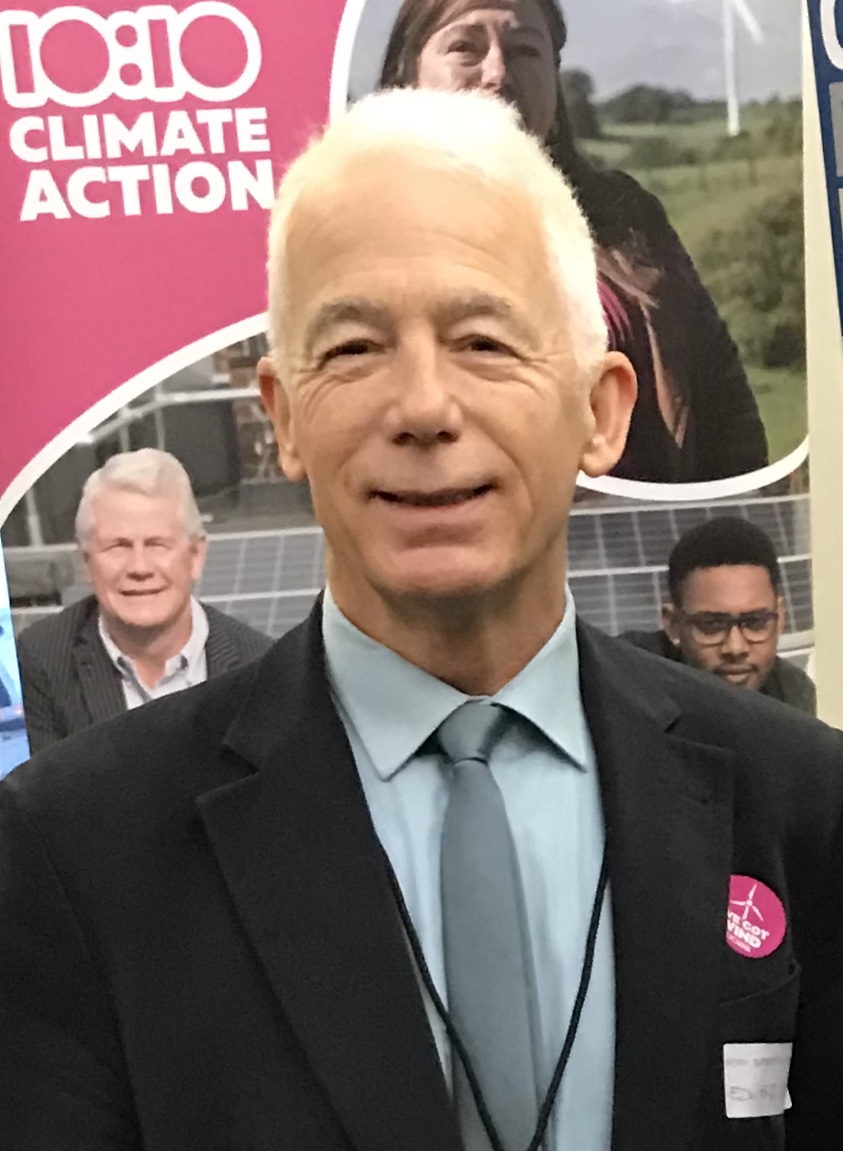 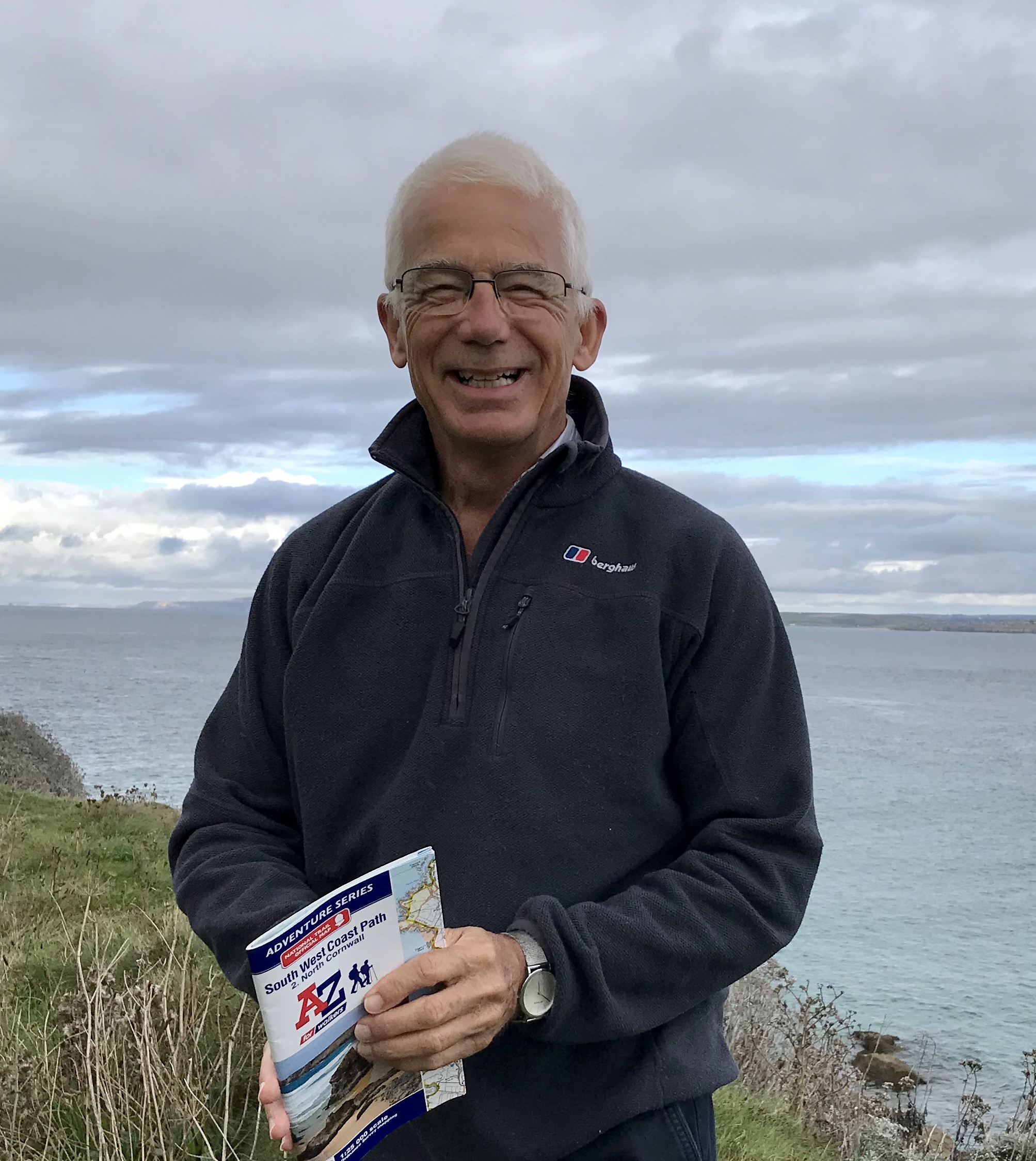 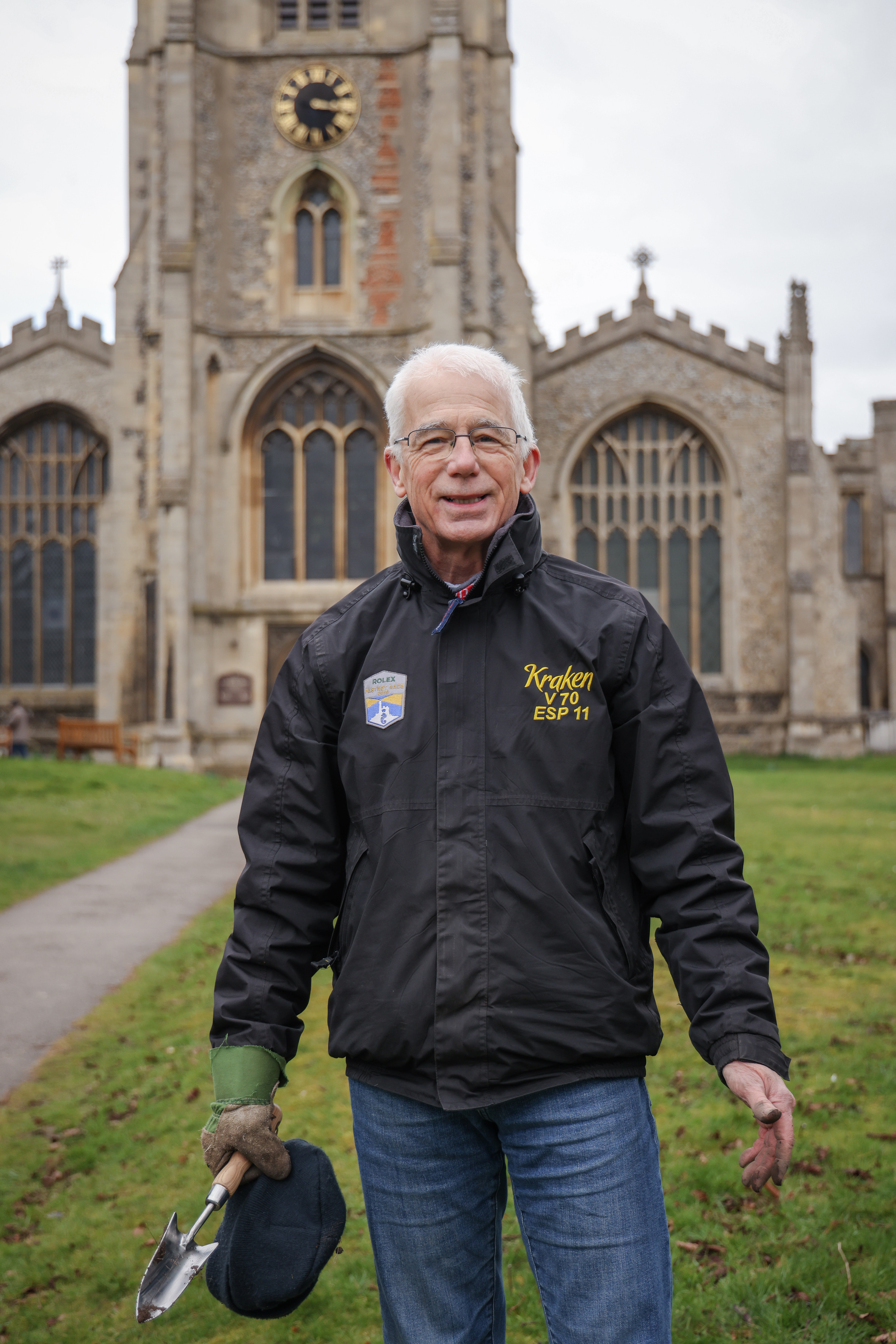